(WARSAW, POLAND) – Hines, the international real estate firm, has signed a new lease agreement for office space at the Wola Center. The new tenant is LUX MED Group, which will occupy 46% of the retail space on the ground floor of the building, making it the largest retail tenant in the office complex at 33 Przyokopowa Street.

The Wola Center is a 34,000 square meter prestigious office building acquired by the Hines European Value Fund (HEVF 1) in 2020. It has been chosen as part of a multi-stage selection process to find a new office location for the LUX MED Group. Patients will also have access to 35 parking spaces in the underground garage, both from the pool of places rented by LUX MED and from the planned public car park. The lease agreement has been signed for eight years.

“Thanks to its convenient location and good exposure, Wola Center is an excellent choice for office tenants as well as those providing numerous services. Its location near the city center, well-developed infrastructure and good transport connections to many districts of Warsaw make it an ideal place for a medical facility. Cooperation with LUX MED provides added value for Wola Center with our business partners able to benefit from medical services available at their fingertips." says Marta Wiewiórowska-Kudła, Leasing Director, Hines Poland..

As part of its wide range of services, the new tenant plans to launch a pediatrics department with a separate entrance and infrastructure adapted to the needs of parents with children, as well as people with disabilities at the Wola Center.

“The Wola Center building is well adapted to our needs and is in a location that is easily accessible to our patients. These factors have largely contributed to the choice of Przyokopowa Street as part of LUX MED's development in Warsaw. I'm glad that we've started our cooperation with Hines, which in the process so far has proved to be very flexible and efficient.” says Łukasz Niewola, Director of Corporate Communication and PR, LUX MED.

LUX MED was supported in the leasing process by Robert Karniewski of REINA Company.

More amenities for business in Wola

Wola district is an ideal place for locating a business. The area is characterized by excellent road infrastructure, proximity to Daszyńskiego Roundabout underground station, railway stations, bus and tram lines. In the vicinity of Wola Center there are numerous amenities – shops, service outlets, restaurants and cafes, as well as places for recreation and spending time outdoors, such as Wolności Park or bike paths. The intimate atmosphere of the area combined with its business character continues to attract more new tenants.

The new LUX MED facility will complement the wide range of services available in this part of the city. Medical consultations, tests and treatment will be available to both the residents of Wola and the employees of the local business center. Thanks to easy access from Przyokopowa Street, underground parking and other numerous amenities in the building, the place will be friendly and accessible to everyone.

Wola Center – a unique place on the business map of Warsaw

Wola Center consists of four modern class A office buildings offering 34,930 square meters of office and retail space. The campus is very conveniently located at 33 Przyokopowa Street in Warsaw's Wola district, in the direct vicinity of the Daszyńskiego Roundabout and the Warsaw Uprising Museum. Thanks to the proximity of the underground and the Warsaw Ochota railway station, it is well connected with other city districts and suburbs. The area of one floor in the office building intended for the use of tenants (floorplan) amounts to approximately 4.5 thousand square meters – this is a unique asset of this location compared to competing buildings. Apart from office space, the Wola Center also offers retail and service premises, an elegant 1,000‑square-meter patio with access to free Wi-Fi, green terraces, as well as an extensive infrastructure for cyclists – a parking lot, racks and cloakrooms with showers. Car owners have at their disposal 319 spaces on a two-story parking lot, where chargers for electric and hybrid vehicles will also be installed. In spring 2021, a new coworking space was opened in the main lobby. Furthermore, the HinesGO (Hines GREEN OFFICE) program, created to promote pro-ecological attitude and solutions among tenants, will be introduced at the Wola Center. It is also in the process of attaining BREEAM certification.

Hines is a privately owned global real estate investment firm founded in 1957 with a presence in 255 cities in 27 countries. Hines oversees investment assets under management valued at approximately $83.6 billion¹. In addition, Hines provides third-party property-level services to more than 367 properties totaling 138.3 million square feet. Historically, Hines has developed, redeveloped or acquired approximately 1,486 properties, totaling over 492 million square feet. The firm has more than 171 developments currently underway around the world. With extensive experience in investments across the risk spectrum and all property types, and a foundational commitment to ESG, Hines is one of the largest and most-respected real estate organizations in the world.

Since entering Europe in 1991, Hines has grown its European platform to include offices in 16 cities as well as a presence in 62 cities in 13 countries. Hines oversees investment assets under management valued at approximately €21.7 billion and provides third-party property-level services totaling 3.9 million square meters in Europe, in Austria, Denmark, Finland, France, Germany, Greece, Ireland, Italy, Netherlands, Poland, Spain and the United Kingdom.

HEVF 1 is a Euro-denominated, Luxembourg-based investment fund launched in July 2017. Managed by Hines, its objective is to acquire a portfolio of core-plus and value add commercial real estate throughout Europe on behalf of an institutional investor group.

In August 2018, Hines announced the final closing of HEVF 1, with the total fund size exceeding €720 million of equity commitments, surpassing its original target by more than 40%. As the flagship value add fund for Hines in Europe, HEVF 1 has a geographic mandate across the European Union (plus Norway) and flexibility of scope to invest in office, retail, logistics, residential and mixed-use opportunities in primary institutional markets. 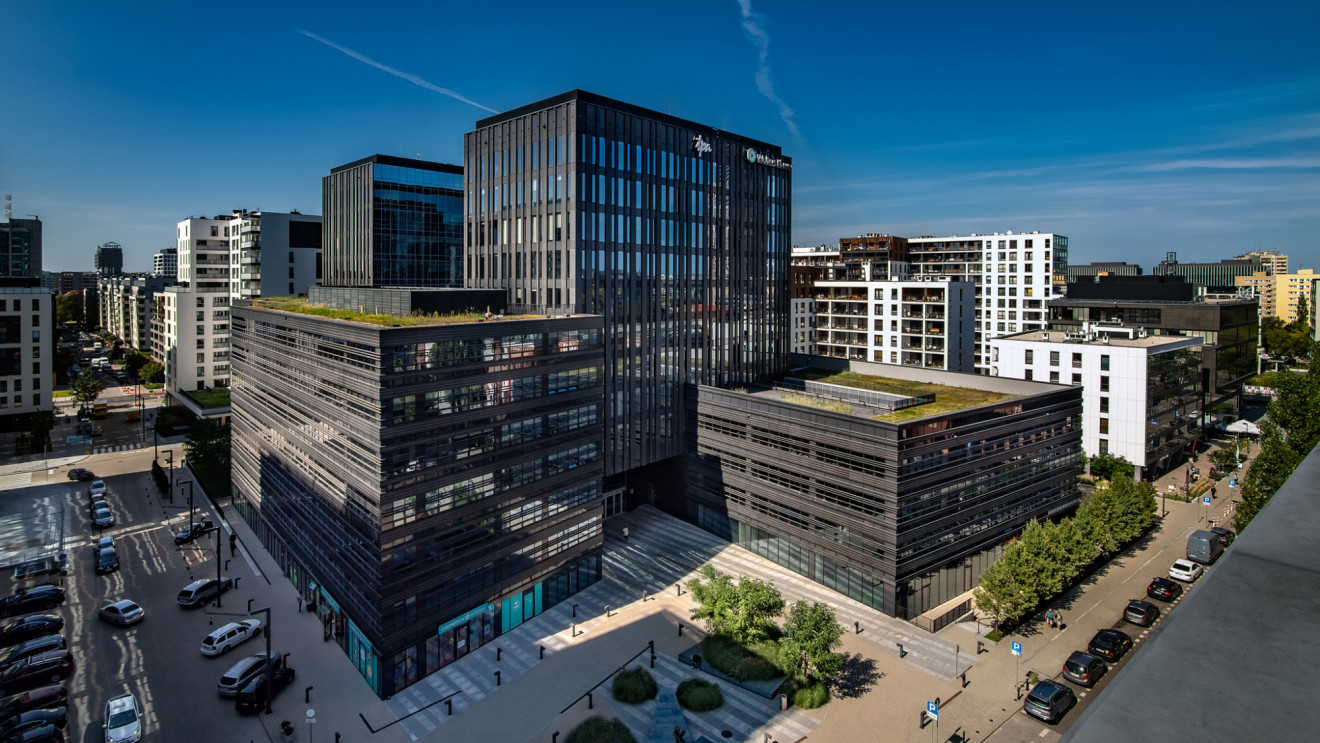 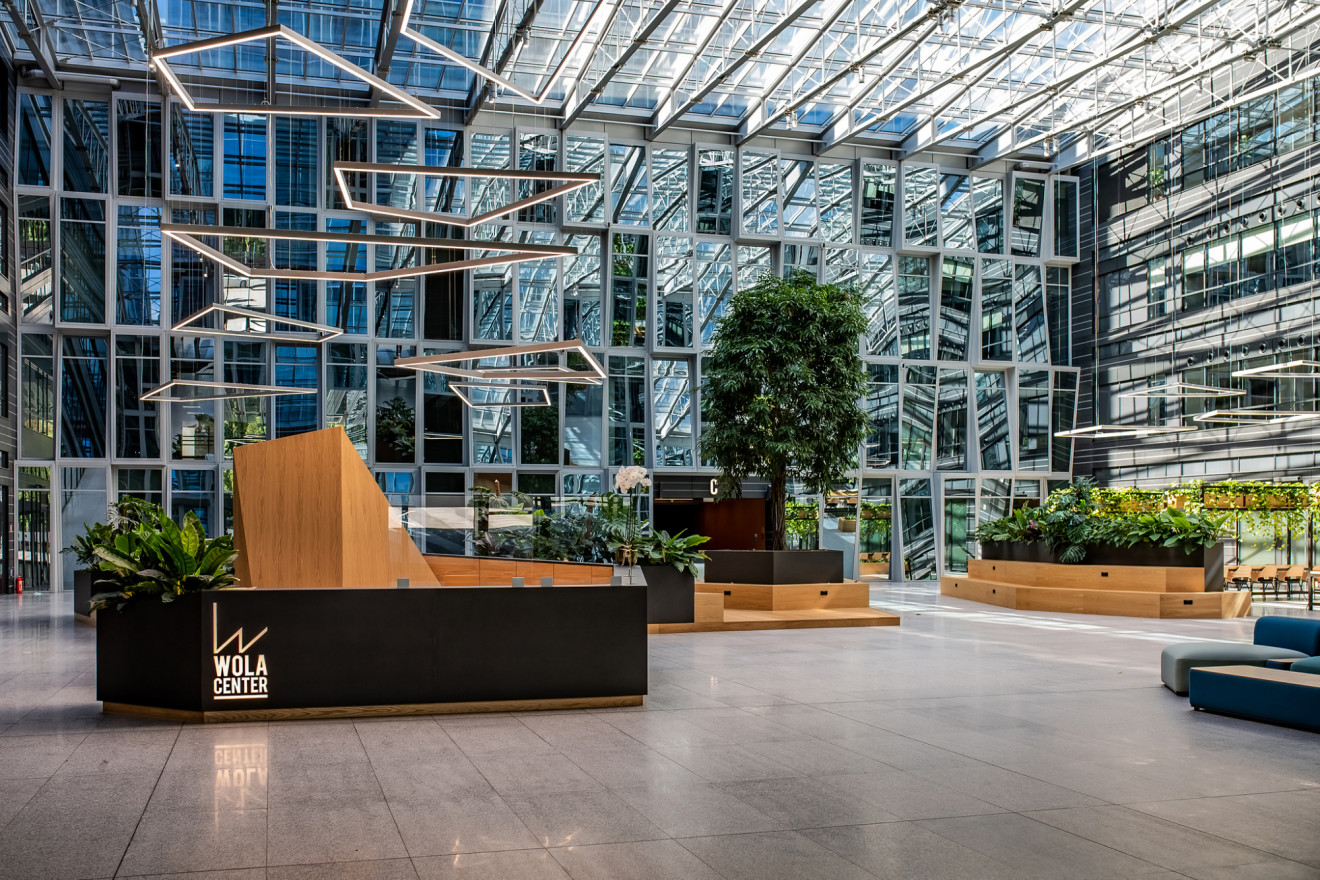