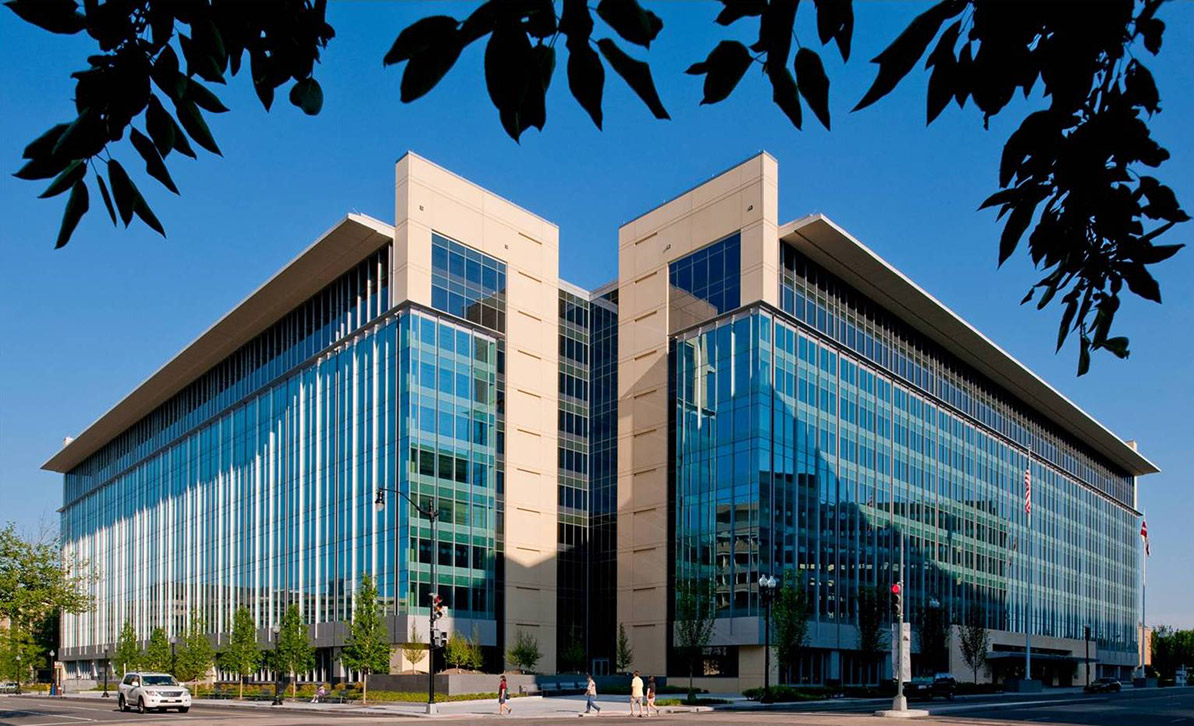 Hines was hired in 2012 to manage Constitution Center, a 1.4 million-square-foot, 10-story high-rise, which houses federal agencies and endowments including The Office of the Comptroller of the Currency, the Federal Housing Finance Agency, The Federal Trade Commission, The National Endowment for the Arts, and The National Endowment for the Humanities.

The building was originally designed by Edward Durrell Stone and was completed in 1969. Constitution Center underwent a complete SmithGroup-designed renovation from 2006 through 2009. The renovation included many state-of-the-art security, safety and sustainability features, which included the installation of chilled-beam technology and resulted in the achievement of the LEED® Gold Core & Shell designation from the U.S. Green Building Council.